Paul King [1853-?], Weighed in China's Balance. An Attempt at Explanation 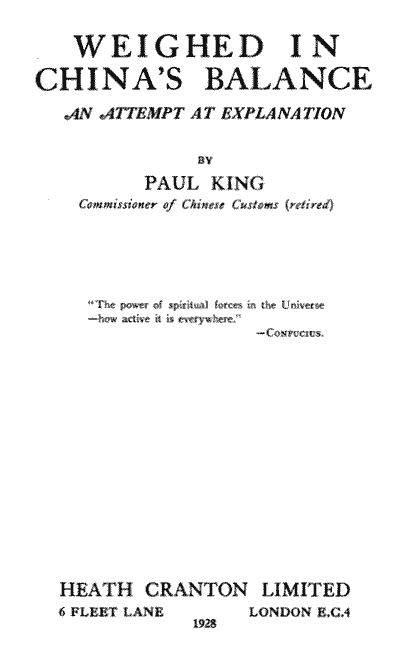